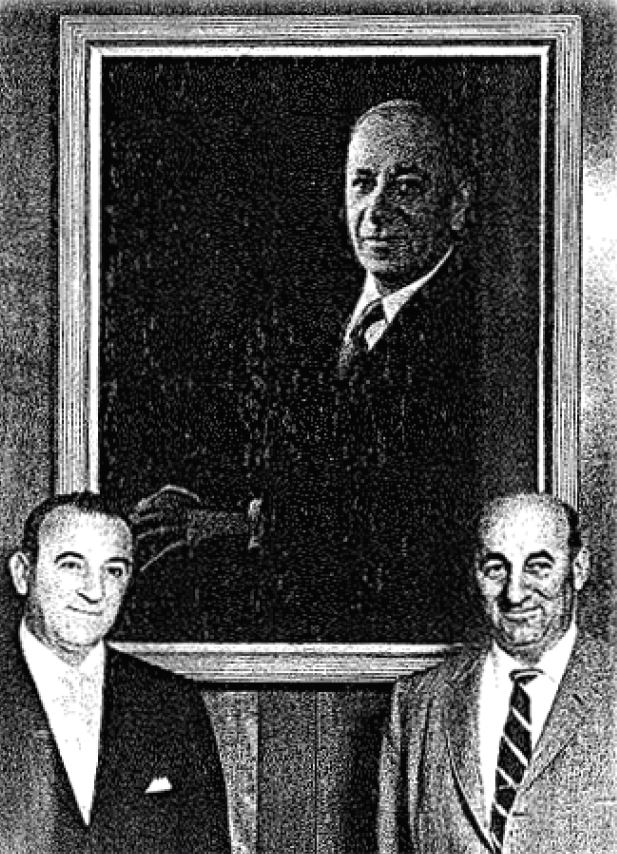 In 1963, brothers Gregory Archie Kolligian and Jack H. Kolligian became the New England distributor for Carrier Air Conditioning and Heating products. After having worked alongside their father Migrdich in the coal and oil home heating business from a young age, both brothers went on to serve in WW II and returned from the war to continue working in the business with their father until his passing. Eventually they expanded the business to become the exclusive wholesaler of Gulf Oil in New England, supplying oil to hundreds of other oil dealers throughout the region. When the Carrier distributorship became available, Archie and Jack saw great opportunities in the future of residential and commercial heating and air conditioning. This proved to be a natural progression and a wise and successful decision.

To this very day, Distributor Corporation of New England (DCNE) is one of the largest distributors of commercial and residential HVAC equipment, parts and supplies in New England and is recognized by Carrier Corporation as one of its top performing independent, full charter distributors in the country.

The Company is still owned and operated by members of the next generation of the G.A. Kolligian Family and prides itself on providing the highest in product quality and customer service, as well as its devoted and experienced employees, many of whom have been with the Company for over 40 years.

DCNE is headquartered in Malden, MA and covers the entire eastern New England region, with satellite branches in Westwood and Plymouth MA; Salem, NH; Westbrook, ME and Cranston, RI.

Considered a pioneer in innovation and technology amongst its fellow Carrier distributors around the country, DCNE’s ongoing investments in eCommerce have gained major industry recognition, publicly referred to by Supply House Times as the ‘Amazon of HVAC’! The Company’s revolutionary Cool Calc software took home Gold in the News Dealer Design Awards competition when it was first released and is now utilized by 75K+ contractors across the United States and Canada to perform residential load calculations. Operationally, the Company is taking the lead in ‘customer convenience’ by offering a 2-hour delivery service through ‘PartRunner’, mobile tracking and convenient satellite 24/7 lockers.